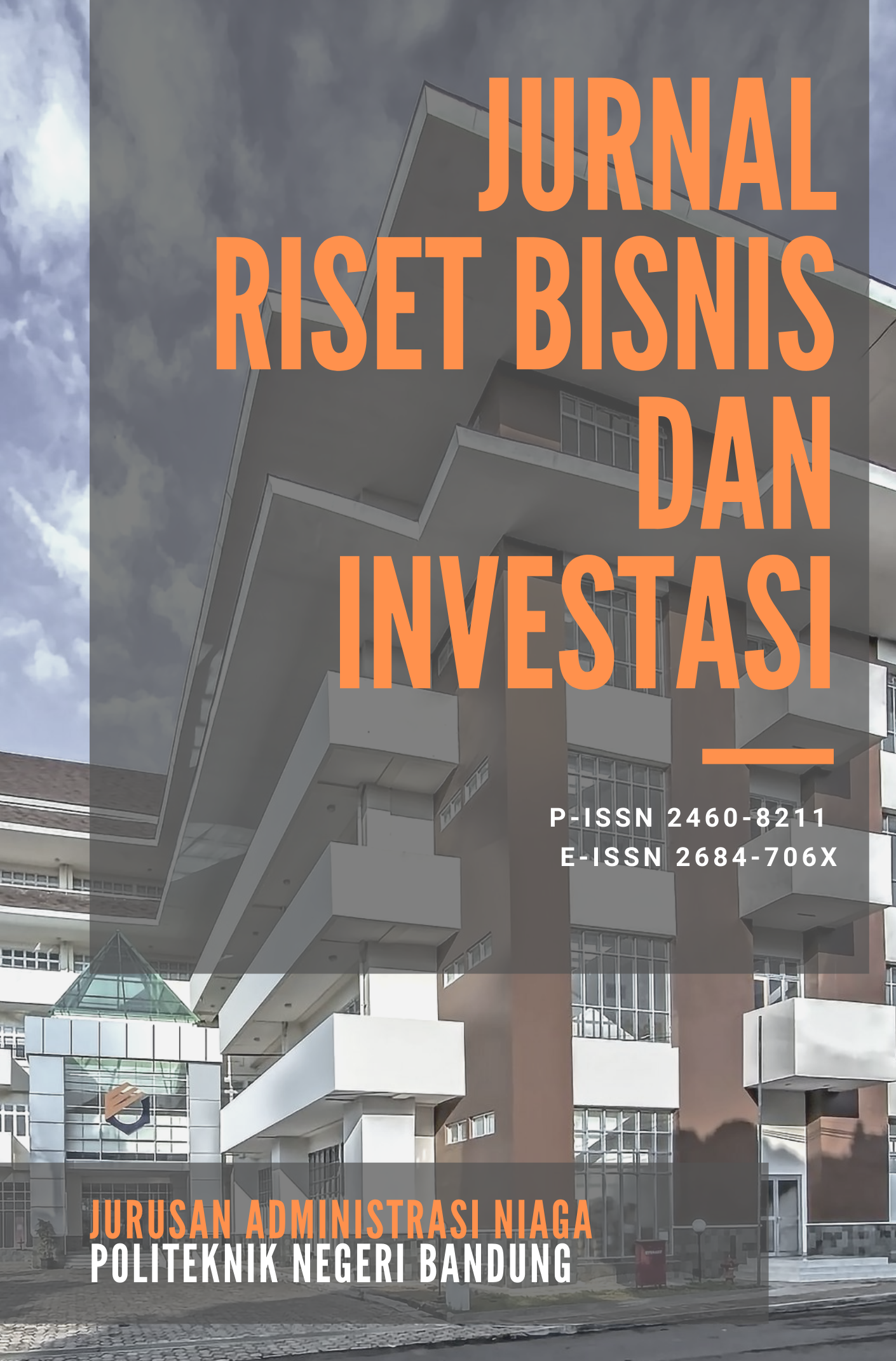 Mastery of keyboarding being part urgent to communicate through the computer, and very important, especially students who study in the field of business. On the other side, individual performance also influenced by the work environment, and music is one form the environment that could effect keyboarding performance. A model that can describe this is the stimulus-responsible model of mehrabian-russell which explains that music can affect the performance of individual writing. Almost all of Indonesia has traditional music. Therefore, research is needed to identify the effects of traditional music to enrich the area of innovation in strategies and techniques of learning keyboarding skills. In this study conducted an experiment on two groups, the treatment groups(traditional music) and control group (without traditional) and questionnaire to strengthen the experimental results. In preliminary tests of typing, both groups had a mean AWPM identical or similar. Furthermore, tests carried one, where the treatment group listened to five kinds of music Java, Sunda, and Bali. The test result and the result of the questionnaire showed that (typing skills shown by the average value of AWPM) will increase significantly used of traditional music as the background. So, the genre of traditional music can be stimulant to improve average performance of AWPM. There are three traditional kinds of music that can improve student typing speed and accuracy significantly, a regional music cublek-cublek suweng, kebiar bali, and oleg tambuliningan, but cublek-cublek suweng is a genre of traditional music that has the best effect. Therefore, the process of learning courses keyboarding skills needs to use instrumental traditional music, especially instrumental music that has a fast and cheerfully tempo.

This work is licensed under a Creative Commons Attribution-ShareAlike 4.0 International License.

Authors who publish with this journal agree to the following terms:

a. Authors retain copyright and grant the journal right of first publication, with the work after publication simultaneously licensed under a Creative Commons Attribution License that allows others to share the work with an acknowledgment of the work's authorship and initial publication in this journal.

b. Authors are able to enter into separate, additional contractual arrangements for the non-exclusive distribution of the journal's published version of the work (e.g., post it to an institutional repository or publish it in a book), with an acknowledgment of its initial publication in this journal.

c. Authors are permitted and encouraged to post their work online (e.g., in institutional repositories or on their website) prior to and during the submission process, as it can lead to productive exchanges, as well as earlier and greater citation of published work (See The Effect of Open Access).

Most read articles by the same author(s) 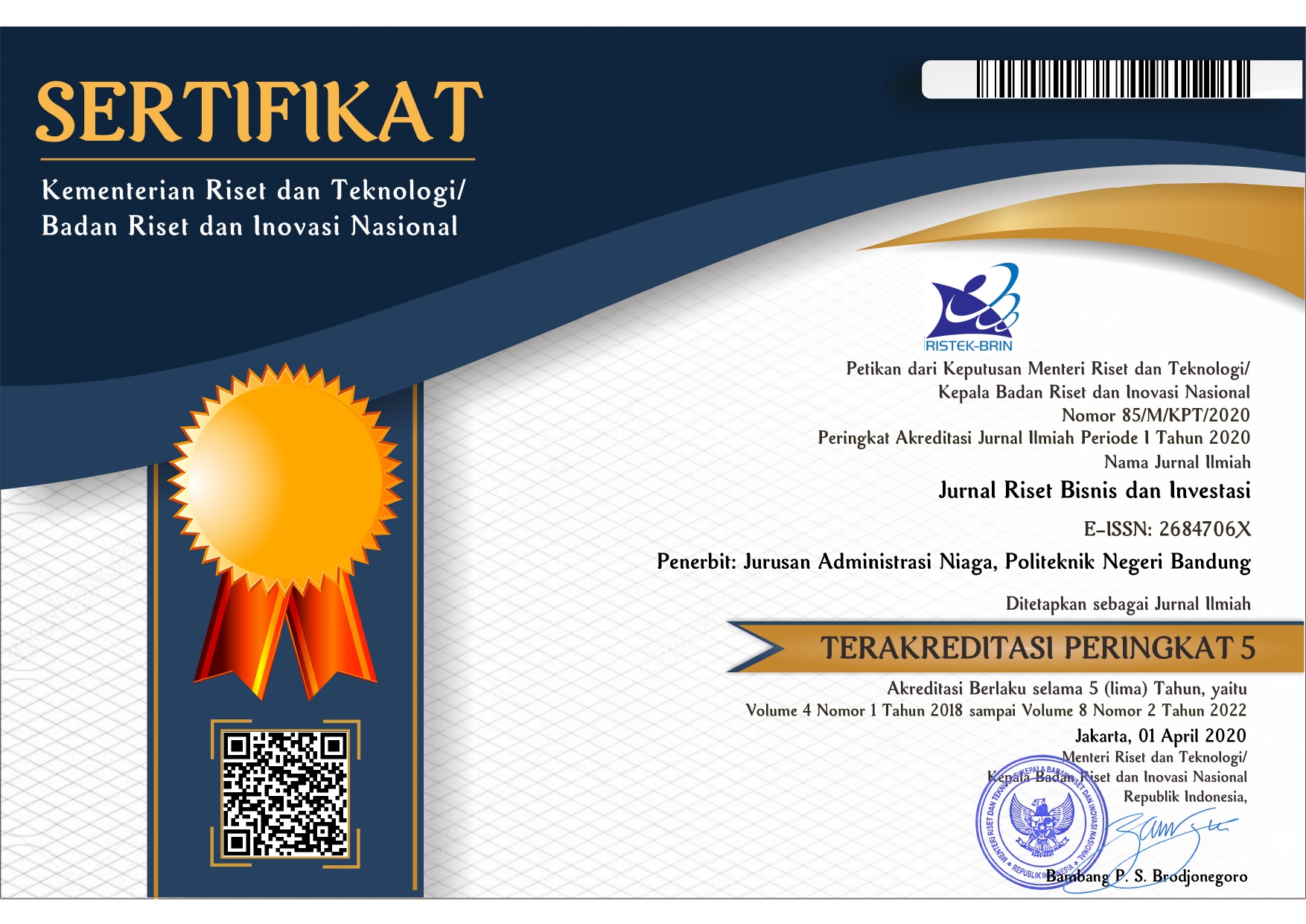 Starting from Volume 4 Number 1 (2018), Jurnal Riset Bisnis dan Investasi (JRBI) has obtained an accreditation (Sinta 5) from the Ministry of Research and Technology / National Research and Innovation Agency of the Republic of Indonesia, by the Decree Number: 85/M/KPT/2020, dated 1 April 2020.