Journal of Applied Islamic Economics and Finance (JAIEF) is a journal published by the Accounting Department of Politeknik Negeri Bandung, Indonesia. JAIEF (e-ISSN: 2746-6213) is published thrice a year (February, June, and October). As the name implies, this journal brings two major themes, namely Islamic Economic and Islamic Finance. Islamic economics and finance are strategic issues in the world because of their role and benefit to societies. Therefore, this issue needs more deeply extracted through research. The journal invites scholars, practitioners, and researchers to submit articles to the editorial team. The JAIEF only accepts and reviews the manuscripts that have not been published previously in any language and are not being reviewed for possible publication in other journals.

JAIEF limited only publish articles related to two major themes that have been mentioned and include all submissions related to both of them, the specific of fields are: 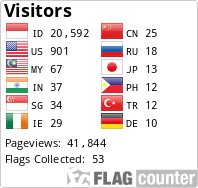